What began in 1874 with a small group of Sisters of Mercy, continues today and into the future - a commitment to healing, health care, innovation and generosity of spirit.

Our Annual Report showcases the works of Mercy through the remarkable efforts of our doctors, nurses and staff. The report also focuses on the health system’s milestone achievements and the generous benefactors whose gifts allow Mercy to launch and maintain comprehensive health care programs, serving the greater Baltimore region.

Sponsorship of the Sisters of Mercy

The Sisters of Mercy were founded by Catherine McAuley in 1824. She had used a large inheritance to build a refuge for homeless and abused women on Baggot Street in Dublin, Ireland. Through prayerful deliberation and consultation with other women who had joined in her cause, Catherine would agree to found a new religious congregation. In 1831, along with two of her associates, Catherine McAuley took religious vows to become a Sister of Mercy. The group of Catholic women was the first order to leave their cloistered convent to walk the streets of Ireland, becoming known as the “walking nuns.”

Upon Catherine’s death in 1841, there were as many as 150 Sisters of Mercy, and shortly thereafter, small groups of Sisters left Ireland to serve the needs of those in various other countries, including the United States.

Since the beginning, Mercy has cherished its legacy as a teaching hospital for physicians. Prior to the Civil War, actual hands-on clinical training for physicians was not standardized. So when a handful of medical colleges began partnerships with hospitals to ensure student doctors received quality clinical training, Washington University School of Medicine joined forces to improve standardized care.
Heritage of Medical Education

Washington University School of Medicine was founded in 1827 and eventually the physician leadership opened a hospital in Downtown Baltimore to care for the poor. It was in 1874 when the university’s faculty invited the Sisters of Mercy to join the Washington University Hospital, also known as City Hospital, and so began a long history of physician training at our downtown site.

The Sisters of Mercy established the Baltimore City Hospital School of Nursing on this campus in 1899. The school trained hundreds of students to become professional nurses, including many Sisters of Mercy. The vigorous training program required that students live on campus throughout their training.

When the Sisters of Mercy officially changed the hospital’s name to Mercy in 1909, the school became known as the Mercy Hospital School of Nursing. The nursing school continued to operate on this campus until 1974.

Sister Annella Martin, RSM, holds the distinction of serving as the last Director of the Mercy Hospital School of Nursing. Upon the school’s closing, Sister Damian Faller, RSM, helped establish the new School of Nursing at the Community College of Baltimore which continued the mission of training student nurses. Mercy continues to serve as a host site for a number of college nurse training programs and their clinical hospital training.

Commitment and Relationship to the City of Baltimore

While it’s the Sisters of Mercy and the hospital’s heritage of medical education that have helped make Mercy Medical Center a leading regional medical institution, it’s the relationship with the community in which it serves that has made Mercy’s success possible for more nearly 150 years.

Aid During the Great Baltimore Fire

Since the day the Sisters arrived in Baltimore, Mercy Medical Center has been caring for the needs of the city. A favorite story recounts this dedication to serving the community during the Great Baltimore Fire of 1904 that destroyed most of the city. As firefighters worked hard to fight the flames, the Sisters of Mercy cared for the injured men and served them coffee and sandwiches around the clock. When flames threatened to destroy the hospital itself, the Sisters resorted to group prayer. Legend has it that soon after their prayers began a sudden and fortunate change in the prevailing wind ultimately diverted flames away from Mercy. This dedication and commitment helped to develop a relationship with Baltimore City that continues to this day.

Economic Development in the Heart of Baltimore

The city of Baltimore has certainly seen a lot of change over the decades, but one thing that has remained constant is Mercy Medical Center.

While caring for the needs of the people within the community, the hospital has remained an anchor for the city of Baltimore, providing valuable jobs for employees, continually investing in the local economy and shining a positive light on the city’s image.

In the 1940s, Mercy’s Advisory Board made a critical decision to keep the hospital downtown citing its allegiance to the city of Baltimore and since that day, Mercy has continued to invest and grow. Physically, the hospital has seen the addition of numerous projects, including the opening of our Patient Tower in the 1960s, our Professional Office Building in the 1990s and The Harry and Jeanette Weinberg Center in 2003. Perhaps Mercy’s most important project to date and its biggest investment in the community is the state-of-the-art Main Hospital, The Mary Catherine Bunting Center, which opened in 2010. Mercy continues to make dramatic improvements, including renovations of McAuley Tower. The former inpatient hospital now offers Mercy updated and refreshed office space, allowing Mercy to relocate as many as 150 employees back to the Downtown Baltimore campus.

Throughout the years, as Mercy has grown, so has Baltimore. Mercy was part of the downtown renaissance which saw the creation of the Charles Center and the Inner Harbor. Through organizations like the Greater Baltimore Committee (GBC) and the Downtown Partnership, and through strong relationships with government officials and business and civic leaders, Mercy has expanded, becoming a regional medical center with physicians and staff boasting national and international reputations in fields ranging from women’s health to cancer surgery to orthopedics to digestive health.

Positioned for a Bright Future

Mercy’s future remains the same, focused on the same goal, the same mission—to care for the sick, no matter their economic or social condition. With continued investment in first-rate programs and services for the people of Baltimore, we are poised to carry on that mission for today, tomorrow and for many, many years to come.

A Legacy of Healing and Hope 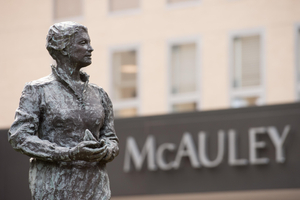 Mercy celebrates a rich history of healing that continues forward through the hands and works of our doctors, employees and partners.

A History of Caring 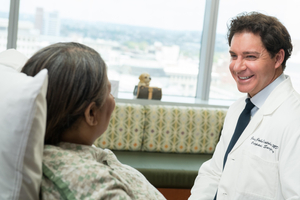 For over a century, Mercy has been guided by a vision that includes sponsorship of the Sisters of Mercy, continued academic affiliation and commitment to the City of Baltimore.

A History of Caring 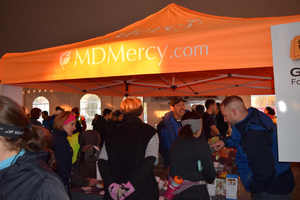 Our doctors, nurses and staff work together with local charities and organizations to serve those in need by providing excellent clinical care and residential services within a community of compassionate care.

We believe the diversity of our patients and the recruitment and retention of a diverse workforce strengthens us as a health care community.

The Sisters of Mercy

Since its inception, Mercy Medical Center has been blessed by the service and dedication of the Sisters of Mercy. Over the years, the Sisters have served in a wide range of roles in support of the hospital and its mission.

The Sisters of Mercy